He is humbled and bashful and flattered,

Suffused with a rosy pink glow,

As artists, creators and thinkers

– A group Ted is honoured to know –

Inform him they’ve set up a Fan Club,

His own, led by artist A O,

They selected an ode (see below)

And produced such sublime illustrations

That his joy is exceeding all bounds.

It is reproduced here with a flourish, 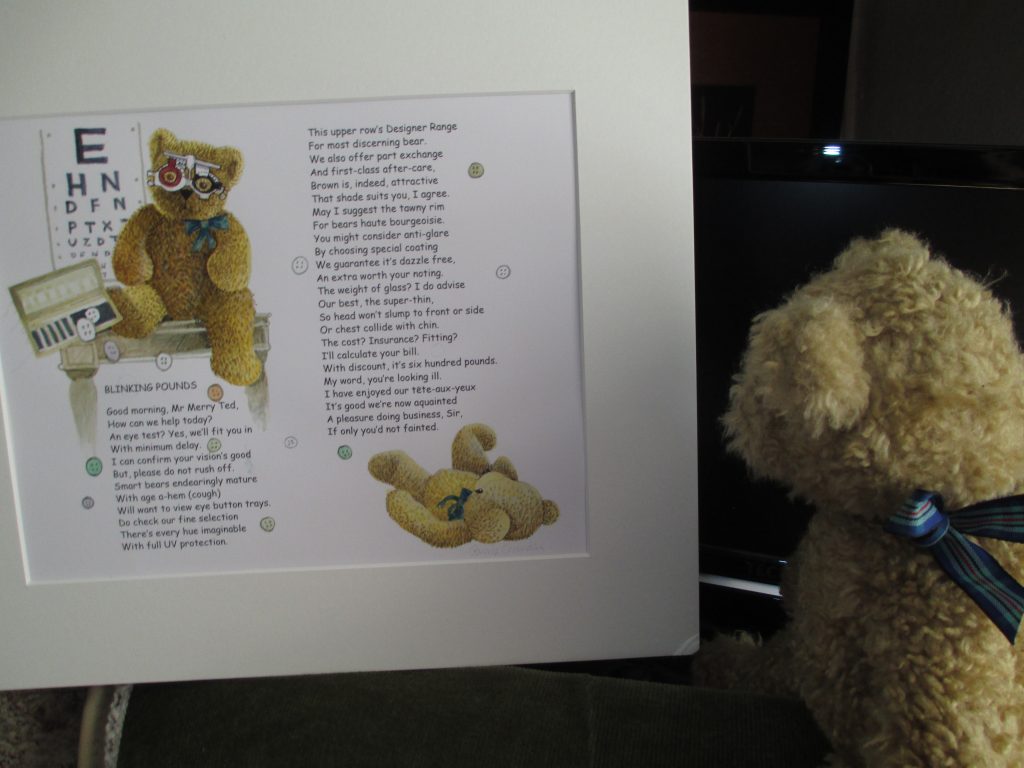 And also the chance to give feedback:

If Merry Ted is not heeding your views,

But this bear’s quite content, as an elderly gent,

Just to sit on his bench and to muse.